Neither of my parents are performers so I’m often asked where my love of theatre comes from. The answer is very clear to me. When I was a child, every now and then, my lovely grandma used to send over video cassettes of the musical films that she had recorded off the television for me to watch. They were carefully selected and she would set a timer to remind her to press record after she had scoured the Sunday supplement TV guide for films for me to see. They were always musicals from the MGM golden age of film and ones that she and Grandad had loved watching when they were growing up themselves. I adored them. The musicals and my grandparents. While my peers were educated into the music of 90’s boy bands and girls’ magazines, I was transfixed by these recordings and watched them over and over, learning the songs and dance routines. I grew up alongside June Haver and Shirley Jones, adoring Ray Bolger and Gordon McRae and idolising Gene Kelly and Julie Andrews. 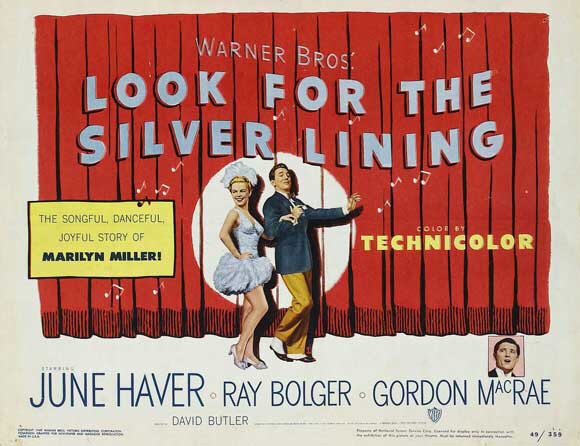 My favourite of these films was the 1949 musical biography of theatre star, Marilyn Miller, entitled ‘Look For the Silver Lining’. It tracks the career of Miller who grew up in a vaudeville family, aspiring to join them on the stage, and makes herself a star despite the numerous trials and tribulations on the way. She discovers the pain of young love and eventually outgrows a persistent, childish naivety by learning from those she has met along her journey. 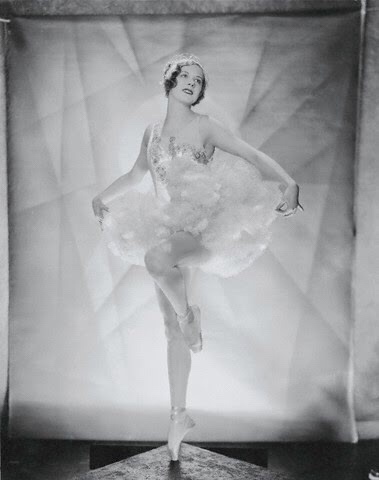 Miller is played by the beautiful June Haver who, at the age of 23, played Miller across three decades of her life. While Haver’s ability to be accepted as a convincing child is questionable and Miller’s precociousness somewhat irritating, she is endearing nonetheless and it is lovely to see the interaction between Haver and Charles Ruggles as ‘Pops Miller’ as she grows from child to adult, shedding much of the immaturity but retaining just enough to give her the drive and ambition that the industry demands of her.

At the start of the film, the youngest Miller arrives on the Vaudeville circuit, from Ohio, to catch up with her performing family because ‘Grandmother has decided she is ready to perform’. Backstage at the theatre, she meets her dancing idol, Jack Donahue, played with charming wit by Ray Bolger, who is every bit the gentleman and not at all prone to scaring off any crows, as he was a decade before… When Donahue gives her the chance to perform on stage, she falls head over heels in love and the career that Pops forbids her is undeniable. 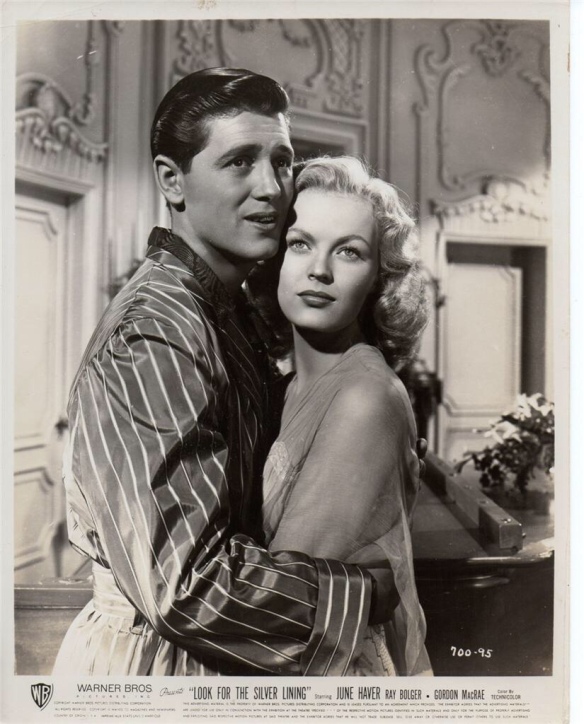 As a precocious teenager, Miller meets her match in Gordon MacRae’s Frank Carter, who becomes the third male influence in her life and attempts to render her the Shrew to his Petruchio until he is called away from theatre to support the war effort.

Miller’s life is challenged by tragedies, not least her early retirement from performing and, also in real life, her own untimely death at the young age of 37.

The film documents highlights in Miller’s theatre career, including her appearances in the Ziegfeld Follies, as the titular Sunny, singing the classic song ‘Who?’ by Kern and Hammerstein and as Jerome Kern’s Sally, in which she sings ‘Look For the Silver Lining’, also immortalised in 1946 when Judy Garland played Miller in Kern’s Till the Clouds Roll By.

As a child, I loved Haver’s youth, beauty and vivacious energy for the stage. I adored her cheeky tap numbers with Ray Bolger and their festive ditty at the backstage Christmas party. I pined after her beautiful costumes and grew up dreaming of a wedding dress that would move with the same lightness and grace in my wedding dance (which I got and it did!). I loved the symbolism of the good luck elephants, which prompted my own collection. And, more than anything, I loved glimpsing behind the scenes in the theatre world: the dressing rooms, the larger than life costumes, the hammy actors spouting Shakespeare, the demure dressing gowns that the actors wore while applying their greasepaint, the busy and enthusiastic rehearsals, the big smiles and huge hearts. These movies were full of the good old feel-good factor and made me want to be a part of that wholesome, singing and dancing world. I’ve since learned to see the world without my rose-tinted movie glasses but I still love the film, the vaudeville world that it depicts and, above all, I hope I can pass on recordings of precious old films to my own grandchildren one day.

Thank you to Silver Screenings for inspiring this blog post. Do head over to her wonderful blog for links to plenty more films from the golden age.

6 thoughts on “Look for the Silver Lining”